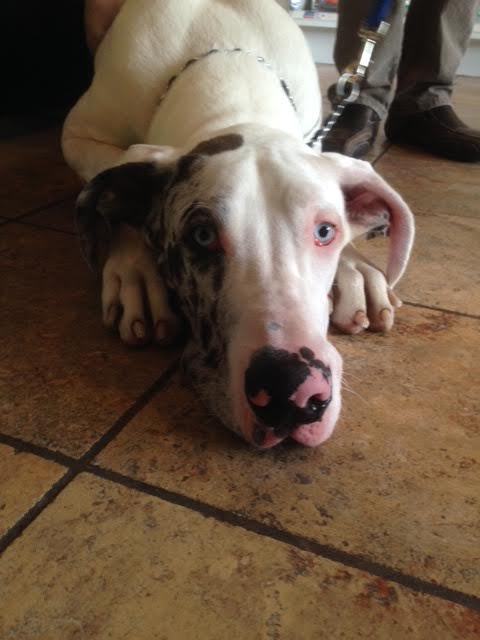 Talk about a gentle giant! Harley the Great Dane is the definition of this. Given his breed and weighing in at a whopping 137.5 lbs… equal to if not a little more than most of our staff, he moves with the greatest of care. Harley was in for a visit and nail trim the other day and a few of our much smaller patients were also in the waiting room. One would think that due to his size Harley wouldn’t be the most graceful moving around. However, not only was he just that but he even lay down and socialized with the little guys. We would like to thank Harley for being such a fantastic breed ambassador and just an all-around gentle soul!