How Did Dogs Emerge From Wolves?

Home » How Did Dogs Emerge From Wolves? 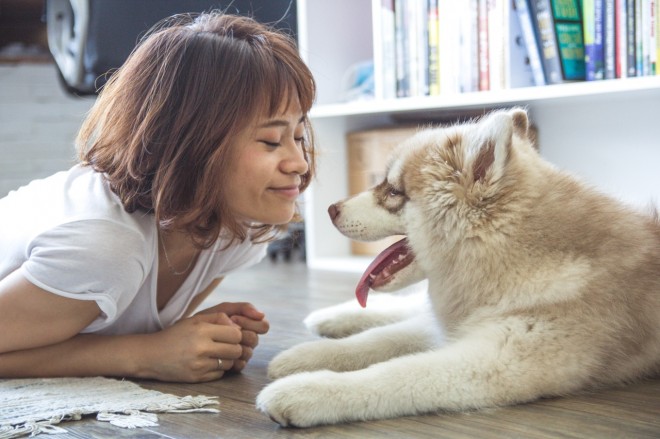 Did you know today’s domestic dog, in all its shapes and forms, evolved from the wolf?  It is believed that over tens of thousands of years, humans’ artificial selection changed the wild and dangerous wolf into the affectionate and playful Chihuahuas, Great Danes, and numerous other breeds we have today!

So how did this happen?

Well, that is not entirely clear.  There are two schools of thought.  Some believe that ancient humans began to actively domesticate wolves for their own benefit.  They would entice the bravest wolves with food and use their strength for protection.

Others believe the wolves domesticated themselves.  Those wolves that were least afraid of humans were most likely to approach human settlements and benefit from their scraps of food.  These wolves were tamer and less efficient hunters and therefore had a better chance of survival when living near humans – and their food.

In either case, humans would retain tame wolves and mate them with other tame wolves.  Over generations, a new species, the domestic dog, would form.

The variation in breeds we have today developed much more recently.  Humans deliberately bred dogs that shared a similar desired trait – like size or snout length – until these traits became emphasised and unique.  This is a process that is ongoing today.

So, is that cute and cuddly poodle or pug sleeping on your couch just a wolf in dog’s clothing?  Not really!  The domestication process has had great impacts on behaviour and nutritional requirements, among other things.  Therefore, dogs do not have the typical social groupings we see in wolves, and a dog’s nutritional balance is quite different than a wolf’s (despite what some swanky dog food commercials might have you believe!!)